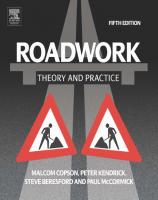 How should we view the archaeological past? How can we come to understand it and what procedures are suitable for constructing archaeological knowledge? What indeed is the purpose of archaeology? Re-Constructing Archaeology tackles all these issues with wit and vigour. It aims to challenge the disciplinary practices of both traditional and 'new' archaeology and to present a radical alternative - a critically self-conscious archaeology aware of itself as practice in the present, and equally a social archaeology that appreciates artifacts not merely as objects of analysis but as part of a social world of past and present that is charged with meaning. Re-Constructing Archaeology ranges widely across the social and philosophical literature, from philosophy of science to hermeneutics, structuralism and post-structuralism and Marxism. But its concerns are not simply theoretical. The book is fundamentally concerned with overcoming the split between theoretical argument and practical research, be it excavation, artifact analysis or the relationship between professional archaeologists and the public. When Re-Constructing Archaeology was first published, it provoked a storm of controversy on both sides of the Atlantic. The second edition is brought up to date with a new preface and appendix, in which Michael Shanks and Christopher Tilley extend their arguments and answer their most vocal critics. It will be essential reading for students of archaeology. Michael Shanks is the author of Experiencing the Past: On the Character of Archaeology (1992). Christopher Tilley, Lecturer in Archaeology at St David's University College, University of Wales, is the author of Material Culture and Text: The Art of Ambiguity (1991). He has recently edited Reading Material Culture (1990) and Interpretative Archaeology (1992). Michael Shanks and Christopher Tilley have also co-authored Social Theory and Archaeology (1987).

ISSUES IN ARCHAEOLOGICAL CRITIQUE AND DEVELOPMENT

The present past 7 Introduction 7 The problematic past 8 Time travel: getting from the present back to the past Recreating the past 15 Archaeology - history 16 The practice of archaeology 22 Justifications 25 Conclusions 21

Facts and values in archaeology 46 Introduction 46 An objective and scientific archaeology: rational method and therapy 46 Reification and empirical regularity 48 Manipulating the past as image of the present: economic archaeology 49 Systems theory, the status quo and pathology 52 Cultural evolution, the politicization of time 53 vii

Presenting the past: towards a redemptive aesthetic for the museum Introduction 68 PART ONE: THE MUSEUMS

The artifact transformed into an object in commodified time 69 The Museum of Antiquities of the University and Society of Antiquaries of Newcastle upon Tyne 69 The aesthetic artifact 11 'The British Museum 71 Bringing the past alive 73 Narrative display and the artifact as information 74 The Museum of London 74 Presence, absence and the authenticating quote 74 The exhibited past 76 A period room in the Castle Museum, York 76 The erotics of the museum 79 'The George Joicey Museum, Newcastle upon Tyne 80 Shop-front commodification 81 The Castle Museum, York 81 Heritage: visiting a mythical past 83 The North of England Open Air Museum. Beamish, County Durham 83 Labour and discovery: the archaeologist as hero 86 Jorvik Viking Centre, York 86 PART TWO: PAST AND PRESENT IN THE MUSEUM

Entertaining the public: 'real' and 'popular' archaeology Archaeologists as creatures of their times 93 Mediating past and present 94 Conclusion: towards a redemptive aesthetic 97 PART II 5

PERSPECTIVES FOR A SOCIAL ARCHAEOLOGY Hermeneutics, dialectics and archaeology Archaeology as interpretation 103 The hermeneutic circle 104 The role of the interpreter 105

Early industrial capitalism and alcohol production 186 Changes in experience of work and leisure 189 Drink, social control and disciplinary power 190 Consumerism, the welfare state and the medicalization of drinking practices The brewing industry 207

ALCOHOL IN THE MEDIA AND ADVERTISING

Figures 1.1 Some justifications for archaeology 2.1 Appearance and interpretation

4.4 The past brought back to life